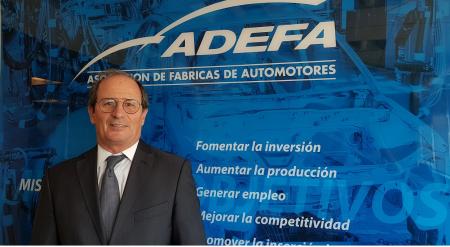 In December, with 9 working days of average production due to the summer recess, the domestic production of vehicles was 14,524 units, 46.4% less than November and 29.1% below the same month last year.

In total sales, the sector marketed 31,151 units, volume that stood at 36% above the performance of November and dropped by 35.7% compared to December of the previous year.

With an average of just 9 working days of production resulting from the forthcoming summer recess of most automotive terminals, the sector produced 14,524 vehicles during the last month of the year, which means 46.4% less than the volume recorded in November and 29.1% less compared to the same month last year when 20,475 units were produced.

"With regard to the behavior of the industry, production has been affected by several factors throughout the year. To the contraction of the domestic market due to the macroeconomic imbalances, a lower demand for our products from Brazil was added. the main destination of our exports," said Gabriel López, president of the Association of Automotive Makers (ADEFA) concerning the main issues that impacted on the sector's performance in 2019.

"We have worked hard to manage this situation, but it is certainly fundamental to find the tools that stabilize the variables of the economy and clear the uncertainty in the local market so that, in addition to a potential improvement in external demand allows us to start reversing the negative year-over-year results that we have recorded in the last years," Lopez added.

Continuing with the market analysis, in terms of wholesale sales, the sector recorded a 36% improvement in December compared to November, representing a 35.7% contraction in relation to the same month in 2018. With a total of 372,474 units marketed between January and December, the sector closed the year with a negative difference of 45.4% in its comparison to the same period of 2018.

"It is essential to continue working on the public-private articulation to make progress in the implementation of the agenda of the 2030 Strategic Plan, which we developed together the entire value chain, and thus be able to count on a long term  industrial State policy which enables a long lasting competitive and sustainable automotive industry" López highlighted.