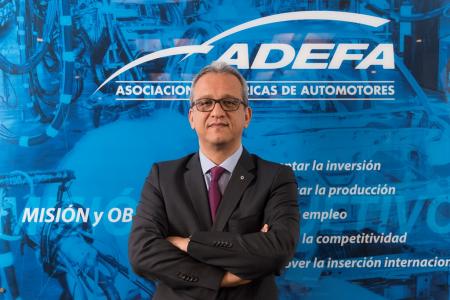 In April, the national production of vehicles was 45,802 units, 7.9% less regarding March and 21.4% over the performance of the same month last year.

In wholesale sales, the sector marketed to the dealer network 72,748 units, volume that was placed 8.6% below the previous month, and it increased 6.8% in comparison to April last year.

"As we were anticipating in our analyses, the main pillars of the industry -production, export and sales- continue recording a sustained interannual growth", pointed Luis Fernando Peláez Gamboa, president of ADEFA, when analyzing the sectorial close of the first quarter.

Similarly, "with the behavior recorded in these first four months, the estimated projections for the year we recently reported continue to rise. The growth of 20.4% in production and 31.4% in exports are in line with what we anticipated ", pointed the president of the association with respect to the Industry report of April, a month that had an average of 19 working days- a day less than March, although keeping the same level of daily production of approximately 2,400 units.

The report notes that in April the automotive terminals produced 45,802 vehicles (cars and utilities), which means, they registered a 7.8% drop in relation to March when 49,655 units were produced and a 21.4% rise with respect to the performance of April 2017 when the production was 37,731 vehicles.

Continuing with the data recorded in the fourth month of 2018, the automotive factories exported 19,897 vehicles among cars and light utility vehicles, reflecting a decline of 28.2% compared to the volume exported in March, and 7.1% more if compared to the 18,571 units which were exported in April last year.

In the accumulated from January to April, the terminals exported a total of 77,245 units, that is 31.4% over the volume that was recorded the same period of 2017.

At this point, the president of ADEFA stressed that the sales of domestic products recorded a 9.6% growth, showing a higher progress with respect to total sales which increased 6.8 percent.

With the partial amount of April, the accumulated of the first quarter, was placed in 290,495 units marketed to the network, which means, a 13.8% increase in its comparison with the sales of the same period last year.